Address Suicide in Military and Veterans

The greatest trauma can lead to the greatest personal growth… or not. Creating purpose from traumatic events can build resilience and growth and in this presentation, Dr. Vic Strecher discusses how one can not only develop greater purpose, but align with purpose every day.

Information obtained in this course should be used within your scope of practice.

CE Information is based on 100% attendance.

This self-study course has been approved by PESI, Inc., as a NAADAC Approved Education Provider, for 1.0 CE in the skill group. NAADAC Provider #77553. PESI, Inc. is responsible for all aspects of their programming. Full attendance is required; no partial credit will be awarded for partial attendance.

This self-study activity consists of 1.0 clock hours of continuing education instruction. Credit requirements and approvals vary per state board regulations. Please save the course outline, the certificate of completion you receive from the activity and contact your state board or organization to determine specific filing requirements.

This self-study activity consists of 1.0 clock hours of continuing education instruction. Credit requirements and approvals vary per state board regulations. Please save this course outline, the certificate of completion you receive from this self-study activity and contact your state board or organization to determine specific filing requirements.

This activity meets the criteria for an American Nurses Credentialing Center (ANCC) Activity. PESI, Inc. is an approved provider by the American Psychological Association, which is recognized by the ANCC for behavioral health related activities.

This self-study activity qualifies for 1.0 continuing education clock hours as required by many national, state and local licensing boards and professional organizations. Save your activity advertisement and certificate of completion, and contact your own board or organization for specific requirements. 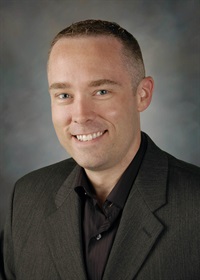 Craig J. Bryan, PsyD, ABPP, is a board-certified psychologist in cognitive behavioral psychology, and is currently the Associate Director of the National Center for Veterans Studies at the University of Utah. He was faculty in the Department of Psychology at Wilford Hall Medical Center, Lackland Air Force Base, TX, where he was Chief of the Primary Care Psychology Service, as well as the Suicide Prevention Program Manager. Dr. Bryan deployed to Joint Base Balad, Iraq, in 2009, where he served as the Director of the Traumatic Brain Injury Clinic at the Air Force Theater Hospital. Dr. Bryan separated from active duty service shortly after his deployment, and currently researches suicidal behaviors and suicide prevention strategies, and psychological health and resiliency. Dr. Bryan currently oversees two treatment studies totally approximately $3 million testing cognitive behavioral treatments for suicidal service members, and is the lead risk management consultant for the $25 million STRONG STAR Research Consortium investigating treatments for combat-related PTSD among military personnel. He has additionally chaired the American Association of Suicidology's Primary Care Task Force to develop training curriculum for primary care medical providers in the assessment and management of suicidal patients. Dr. Bryan is a consultant to the U.S. Air Force for psychological health promotion initiatives, and to the U.S. Marine Corps for suicide prevention. He regularly provides training to clinicians and medical professionals about managing suicidal patients, and has dozens of publications in the areas of suicide and military mental health, including the book Managing Suicide Risk in Primary Care. For his contributions to primary care behavioral health and military suicide prevention, Dr. Bryan was recognized by the Society for Military Psychology with the Arthur W. Melton Award for Early Career Achievement.

Financial: Craig Bryan is the executive director for the National Center for Veterans Studies. He is an associate professor at the University of Utah. Dr. Bryan receives a speaking honorarium from PESI, Inc. He has no relevant financial relationships with ineligible organizations.

Dr. Christine Moutier knows the impact of suicide firsthand. After losing colleagues to suicide, she dedicated herself to fighting this leading cause of death. As a leader in the field of suicide prevention, Dr. Moutier joined AFSP in 2013, and has revitalized AFSP’s Education team, re-launched its Loss & Healing department, and expanded AFSP’s support to include those with lived experience of suicide.

She has testified before the U.S. Congress on suicide prevention, she was the host of AFSP’s latest documentary on surviving suicide loss, The Journey, and has appeared as an expert inThe New York Times, The Washington Post, Time magazine, The Economist, The Atlantic, the BBC,CNN, and other print and television outlets.

Throughout her career she has focused on training healthcare leaders, physicians, and patient groups in order to change the healthcare system’s approach to mental health, fighting stigma and optimizing care for those suffering from mental health conditions. In addition to co-founding AFSP’s San Diego Chapter, Moutier co-led a successful suicide prevention and depression awareness program for health science faculty, residents, and students, which featured AFSP’s groundbreaking Interactive Screening Program.

Since earning her medical degree and training in psychiatry at the University of California, San Diego, Moutier has been a practicing psychiatrist, professor of psychiatry, dean in the medical school, medical director of the Inpatient Psychiatric Unit at the VA Medical Center in La Jolla, associate director of the UCSD Outpatient Psychiatry Services Clinic, and she attended the Consultation-Liaison Service and Neuropsychiatric and Behavioral Medicine Unit at UCSD Medical Center. She also served as a co-investigator for the Sequenced Treatment Alternatives to Relieve Depression study (STAR*D), a large National Institute of Mental Health trial on the treatment of refractory depression.

Financial: Christine Moutier receives compensation from a salary at AFSP.

Nonfinancial: Christine Moutier has no relevant nonfinancial relationship to disclose 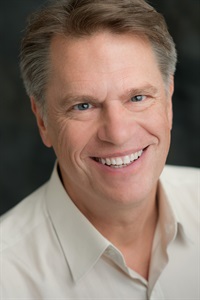 Vic Strecher (pronounced “streker”) is a behavioral scientist, professor, and Director of Innovation and Social Entrepreneurship at the University of Michigan’s School of Public Health. He is also founder and President of JOOL Health (www.joolhealth.com), a digital health solution company that integrates the science of purpose in life, advanced smartphone and biometric technology, and big data analytics to improve well-being, helping users become better researchers of themselves as they develop, and align daily with, their purpose in life. In 1995, Vic founded the UM Center for Health Communications Research (www.chcr.umich.edu), a pioneering organization in the research of digitally-tailored health communications. In 1998, Vic founded HealthMedia Inc., a digital health coaching company that was purchased in 2008 by Johnson & Johnson. Vic’s latest research and books are related to the importance of developing and maintaining a strong purpose in life. His most recent book (available May, 2016), Life On Purpose: How Living for What Matters Most Changes Everything (HarperOne), examines the science and philosophy of purpose in life and ways to develop and align with one’s purpose. His book On Purpose: Lessons in Life and Health From the Frog, the Dung Beetle, and Julia (Dungbeetle Press), is written for the lay public with a professional comic illustrator as a graphic novel and is accompanied by a free iOS app, a website and smartphone and web apps.

Nonfinancial: Vic Strecher has no relevant nonfinancial relationship to disclose

We would be happy to accommodate your ADA needs; please call the Center for Deployment Psychology at 301-400-4160 or email mnorgard@deploymentpsych.org